I have taught Early Civilizations many times, and it never quite flows the same way–there’s a lot to cover!  In looking at how early societies functioned and how they were influenced by their environment, I really like to get at them through their stories.  These myths are so eternal and often so present in our modern culture, it gives us “cultural currency” to know them.  So, in addition to the Indigenous stories and cultures of this region, we will look at the Greeks, the Romans, the Egyptians, the Maya, the Chinese, maybe more.

For some reason, I have never taught the Norse!  Chronologically, it is actually backwards to begin with them.  But something about the age of the students and the time of year made the Norse seem like a good place to launch:  cold, dark and very, very weird.  I have delighted with how charmed the kids are by these strange old tales!  I hope you have been hearing about them.  I also hope it isn’t giving anyone nightmares! 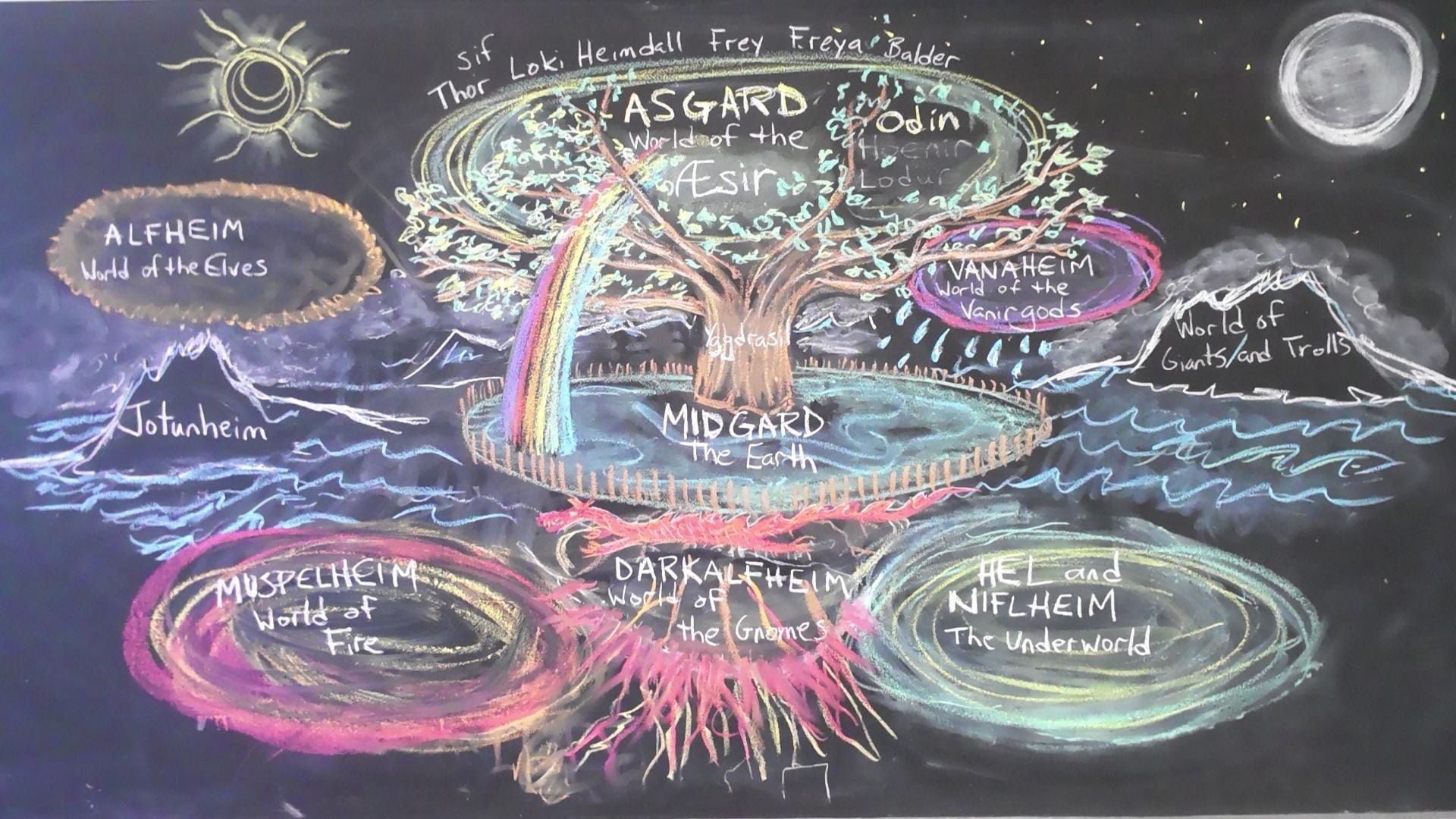 The above illustration (gather; discuss) developed over the course of reading the creation myths of the Norse together, largely from the wonderful old D’Aulaires’ Book of Norse Myths (1967).  These stories are full of rich, challenging language–words like uncouth, nimble, cunning, as well as the marvelous names from the Norse such as Yggdrasil or Angerboda.  And of course, we are discovering that these long-ago people richly left their mark on the English language. 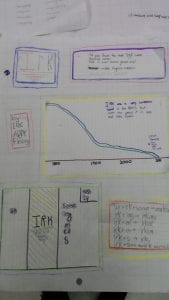 I assume you have also heard “The Challenge of Thor” by Henry Wadsworth Longfellow (1807-1882).  I am so glad to have stumbled across this beauty.  Though I have been at pains to stress that these are not words to live by (in today’s gentler, non-Norse times), it does capture something of the fierce bravado the Norse valued highly.   The following imperfect little video doesn’t quite capture the cheerful ferocity of our presentation at last week’s assembly, or the floor vibrations that should accompany the poem, but I am sure you will see the enthusiasm.  (You are encouraged to ask for private performances at home).

Next:  we begin to turn these stories into the comic books they were made to be!

Then, stay tuned for the Greeks.  I never thought I’d say it, but I don’t know how they will live up.

The Challenge of Thor

I AM the God Thor,

I am the War God,

I am the Thunderer!

Here in my Northland,

My fastness and fortress,

Rule I the nations;

This is my hammer,

These are the gauntlets

Wherewith I wield it,

And hurl it afar off;

This is my girdle;

Whenever I brace it,

The light thou beholdest

Stream through the heavens,

In flashes of crimson,

Is but my red beard

Jove is my brother;

Mine eyes are the lightning;

The wheels of my chariot

Roll in the thunder,

The blows of my hammer

Ring in the earthquake!

Has ruled it, shall rule it;

Over the whole earth